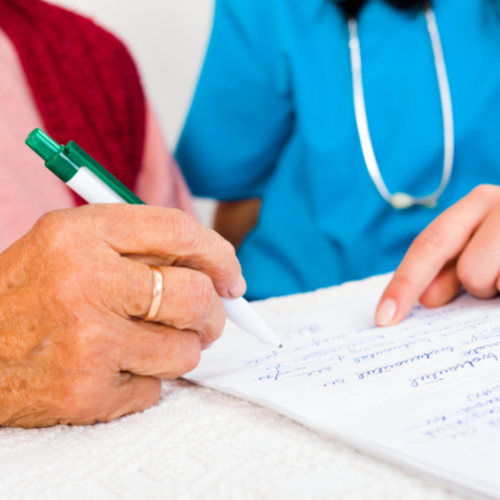 Travel nurses can secure extra advantages that weren’t offered in their initial contracts by meeting with employers for negotiations. The additional benefits get documented and this confirmation is signed by both parties. However, the ability to get a good deal starts with identifying crucial mistakes to avoid when negotiating travel nurse contracts.

What Are The Common Mistakes In Negotiating Travel Nurse Contract?

1. Lack Of Confidence In One’s Abilities

It’s okay for newly graduated LPNs to feel nervous when negotiating salaries for entry-level jobs. However, lacking confidence becomes a stumbling block when a nurse is trying to switch employers to secure a better salary package.

The main reason behind it is that most people don’t get involved in networking events where professionals in the same industry meet to share personal experiences. It’s easy to build confidence for salary negotiations by getting advice from nurses who’ve experienced working for different employers.

2. Prioritising Hourly Rates Over Other Benefits

It’s a good idea to research the average nurse hourly rates offered in a specific city. However, making it the only priority is costly because some employers offer benefits that are worth considering. Paid time off, for instance, is a salary benefit that most hospitals don’t offer.

A nurse might consider exercising delayed gratification if the employer has a fantastic career ladder program. Spending two or three years in such programs lead to a wider scope of authority and bigger salaries.

3. Failing To Present A Win-Win Situation To Potential Employers

It’s wrong to use personal lifestyle needs as the only reason to demand a higher hourly rate. Potential employers are quick to dismiss such requests as well as the job application because it communicates selfish intentions.

The art of negotiation focuses on bringing personal interests from two or more people to a common ground. The ability of a nurse to secure a good contract depends on his or her ability to create a common ground that’s convincing enough for potential employers. Instead, the job candidate should explain how their professional experience and academic training will enable the employer to achieve corporate goals.

4. Failing To Secure Commitment For Renegotiations

Sometimes a job candidate might be in contract negotiations with an employer that’s facing unexpected financial challenges. The COVID19 virus, for instance, paralyzed economies throughout 2020 and most employers chose to implement salary deductions rather than mass retrenchment.

Employment provides a source of financial stability and that’s why it’s important to get a job that compensates you fairly. Some nurses face severe financial challenges consistently due to various situations, for instance, single parenthood.

A job candidate that’s struggling with bills might feel the urge to just grab whatever offer is presented on the table. However, a potential employer can sense desperation by reading the candidate’s body language. This motivates him or her to take advantage of the situation by presenting a salary that’s below expectations.

In an attempt to justify salary negotiations, a travel nurse might decide to present fake credentials. This might work for an employer who’s not keen on doing thorough background checks. However, the consequences of getting busted are bigger than losing a job.

In addition to license revocation, the nurse can spend time behind bars. It’s impossible to regain a career in nursing when a job candidate has attracted negative publicity that stems from fake academic qualifications.

The biggest mistake people make during salary negotiations is rushing to conclusions before the other party has finished speaking. This makes the job candidate interject with irrelevant responses that destroy rapport with a potential employer.

Avoid These Mistakes To Get The Best Results In Salary Negotiations

It’s always important to have self-confidence in your abilities based on the amount of effort it took to pass the NCLEX exam. Also, networking with other nurses enables you to learn the different aspects of salary negotiation by paying attention to benefits such as paid time off.